A pistol's barrel imparts power to your shots, and affects accuracy, but not the way you think. We'll cover what a pistol barrel is, how you can upgrade it to help you defend yourself, and address common questions and myths using expert testimony, physics, and case studies from real-world shootings.

What is a Pistol Barrel?

The barrel sits inside the slide.On a Beretta 92, the slide is mostly cut out, with the barrel showing:

When you fire a loaded pistol, the bullettravels out the barrel, exiting the muzzle, or forward end of the barrel. Watch as the Beretta 92 is fired: This is why the rules of gun safety refer to the muzzle, and not the whole barrel.

Not all barrels are the same. They can change your pistol's: These all depend on a barrel's length and type.

What is Pistol Barrel Length?

Should you get a bigger pistol just for a longer barrel?

A longer barrel gives more power to your shots. And unlike with +P ammo, you don't trade extra recoil for it.

In pistols, there are rapid gains from a barrel at least 3" long: 10% or more per inch.
Beyond that, there are diminishing returns.


Why do the gains drop off? When you fire a pistol, gunpowder in the ammunition ignites, creating a small blast. This drives the bulletout the barrel.

Pistol rounds are designed to burn all that gunpowder in the first 3-4 inches of barrel. If a barrel is too short, it's like removing some of the blast behind the bullet. Part of the blast erupts outside the barrel, making brighter, louder flashes.

Longer barrels concentrate more power behind the bullet, but don't add any blast.

The Shocking Truth about Pistol Power

Going for more power in a pistol usually has no practical effect.

Why? This will sound a bit icky, but we have to talk about terminal ballistics: what bullets do when they hit a live target. When a bullet enters the human body, it creates a temporary wound cavity and a permanent wound cavity. If you've looked at ballistic gel tests, you can see the temporary cavity is much larger than the permanent one. More powerful pistol rounds make bigger temporary cavitites in gel.

But this doesn't matter. Why?

Human tissue is elastic, so much that the temporary cavity is just that: temporary. It may feel unpleasant for a split second, but it's not what stops a threat. Only rifle rounds and a new type of pistol ammo can exceed the elasticity of human tissue, and cause the temporary cavity to become permanent. Here's Johann Boden with Federal Ammunition explaining more:
With a pistol, you only get an immediate stop if you hit the brain stem, which is tiny:
If you hit the heart, you get a guaranteed stop within 10 seconds:
But with a rifle, you can effectively "hit" those spots even if you missed them by a few inches. A rifle bullet hits so hard that the temporary cavity becomes a permanent cavity.

There's a saying: "A pistol's a pistol, and a rifle's a rifle". This is why.
With a pistol, more power won't stop the threat faster. Only two things matter when you're shooting 9mm or stronger ammo:

For .380 ACP, also consider penetration. Why? Many loads of .380 don't penetrate enough to hit vitals. Verify your defensive .380 ammo gets at least 12" of penetration in ballistic gel tests, and if you're in a colder climate, look for 14" or more to offset heavy clothing.


What Is More Power Really Good for in a Pistol?

When you fire a gun, the barrel vibrates.
The longer the barrel, the more it whips around at the muzzle:

The bullet's path is set the moment it exits the muzzle, and that path depends on where the barrel is in its vibration. If all bullets took the same time to exit the barrel, and the barrel vibrated the same way every time, you'd have perfect accuracy.

But the amount and quality of gunpowder launching that bullet isn't perfect, so one bullet travels out the barrel faster or slower than another. One bullet may exit at the top of the sine wave, while another at the bottom, or somewhere between.

How does that work?

To leave the barrel, the bullet makes an equal and opposite reaction, like it's pushing off of your gun to jump at the target. That's the recoil force. A longer barrel launches that bullet faster, so it jumps off of your gun harder.

But the extra weight of a longer barrel absorbs more recoil than its extra length creates, so you feel less recoil. To most people, this just means a longer-barreled pistol has less recoil. One inch of extra length won't mean much, but the more inches, the more you notice.

When to Get a Longer Barrel 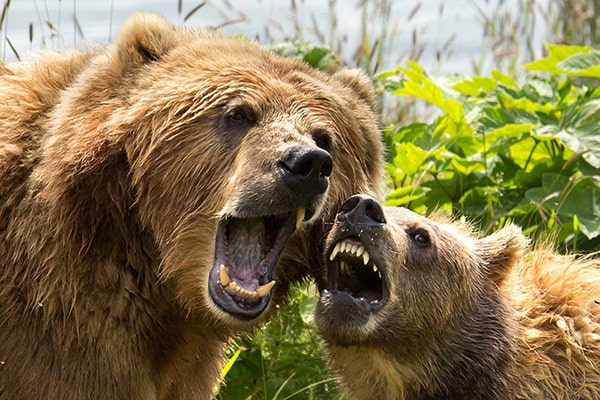 For a pistol made to stop large animals (bears, moose, etc.), a longer barrel can be a great choice. Why?

What Can I Get Instead of a Longer Barrel?

To answer this, we must first look at the other barrel types.

A stock (or factory or OEM) barrel comes with your pistol. It's the standard that other barrel types are compared to. It's the best option if you want to save money.

If you ever want to replace a stock barrel with another, they cost $150 or more.

Match barrels look like stock barrels, but they're made to higher quality standards. They're also made to have a tighter fit inside the slide. 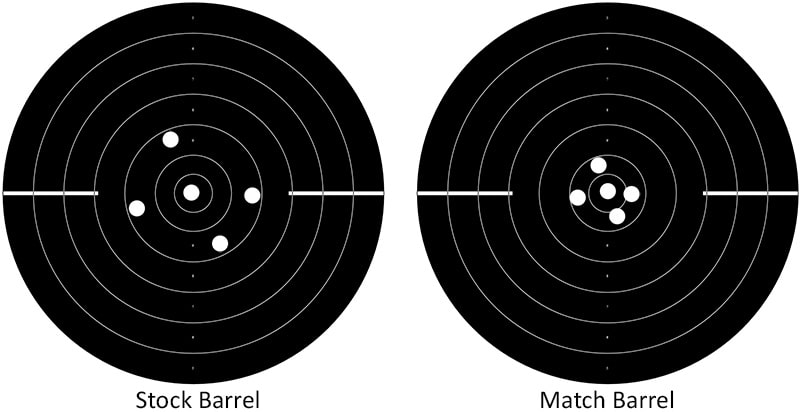 A match barrel can tighten your groups by 2 inches at 25 yards. Can you shoot 2-inch groups?
The accuracy bonus depends on:

Bull Barrels are shaped like a cone, with the muzzle being thickest.

A bull barrel, above, and a standard barrel below it.

Bull Barrel on the left. Notice the thicker barrel.

Ported barrels have cuts in the top of the barrel. When you fire a the pistol, gasses push the bullet out the barrel. A ported barrel vents some of those gasses up.

There are two types:

Internally-ported barrels have cuts where the slide would cover them. They are as long as a stock barrel, but require a slide cut with windows or holes to work with the ports.

These only have ports outside of the slide. They're longer than stock barrels.

Should I Upgrade My Barrel?

Which Pistol Has The Best Barrel?

Several pistols come in versions with a threaded barrel, for less than it would cost to upgrade the barrel aftermarket.

The Canik TP9 Elite Combat stands out with a threaded match barrel.
It's a great choice for duty carry or home defense: 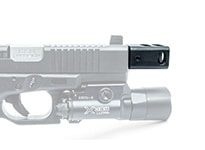 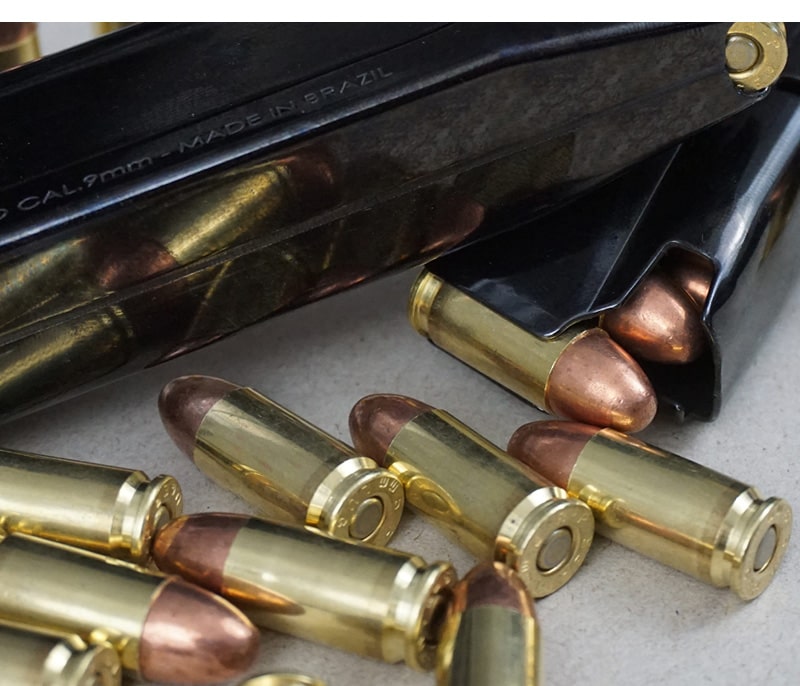 Pistol Ammo: Save Money and Your Life [Ultimate Guide]